The Black Knight programme was an importance milestone in evolving space launch vehicle technology for Britain.

A CONTRACTOR’S VIEW OF THE BLACK KNIGHT PROGRAMME

The Black Knight programme was an importance milestone in evolving space launch vehicle technology for Britain. It demonstrated how members of different commercial concerns can work together as a team for the beneﬁt of the project. The total cost of the project has not been declared but it is believed to be significantly lower than the equivalent costs being quoted currently for some launch vehicle developments. 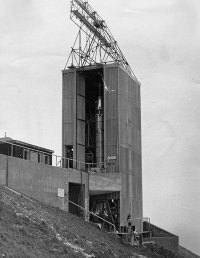 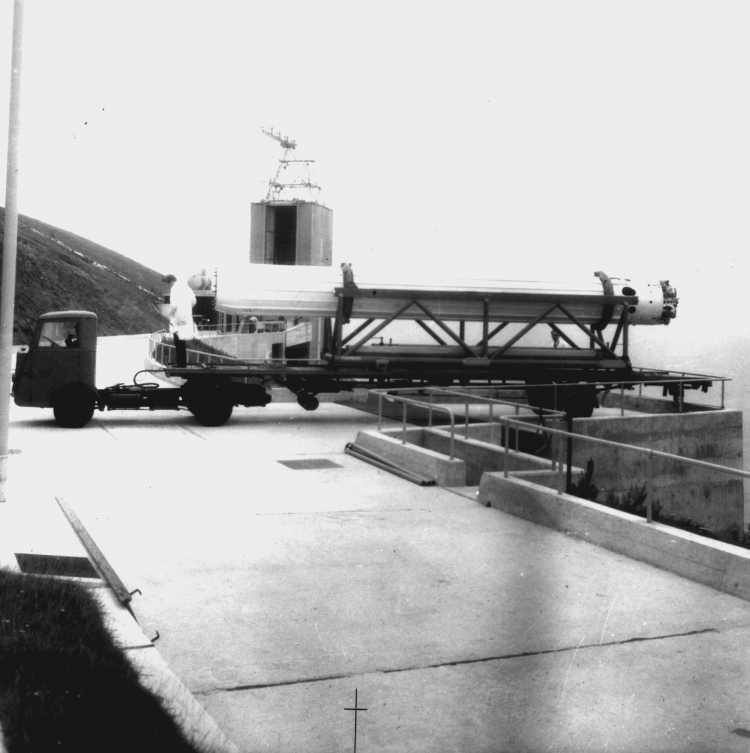 The vehicle structure, motor control system, electrical and mechanical systems were undertaken by Saunders-Roe. Saunders-Roe had designed and manufactured its own analogue computer. This computer was used throughout the Black Knight programme for theoretical trajectory prediction for each individual launch vehicle and, in the early design phase, for modelling the engine control system, to derive the gain changes required during ﬂight to de-sensitise the system. A breadboard inner control loop was connected to the computer and measurements taken. This tool was to be invaluable during the early development phase, when computer models were reﬁned to include vehicle measurements. This useful design tool was again used to explore any problems in the updated transistorised system. The vehicle was to be launched from the Woomera Test Site in South Australia as part of the UK/Australian Joint Project. Concurrent with the evolution of vehicle philosophy, it was necessary to address the ground infrastructure requirements. A broad strategy of development, testing and operation was evolving and this strategy would require an engine test bed at Ansty, the High Down static test site at the western end of the Isle of Wight and a full launch site at Woomera. The static test site would reproduce the launch site in all respects except actual release, while motor operation would be restricted to 35 sec instead of the full ﬂight operation of 120 sec. In 1955, Saunders-Roe began to assemble its team under the then Chief Designer, Maurice Brennan. The choice of a site for the static tests on the Isle of Wight was undertaken and a number of such sites considered. The site offering most advantages because of its topography was the old military installation at the western end of the island, above The Needles. A firm of architects, John Strube was retained for overall design of the road system and conversion of existing but long unused military installations while the detailed design of the facilities was undertaken by the SR works engineer. The necessary control and monitoring equipment for the vehicle operation was to become a natural extension of the various vehicle systems design. This infrastructure concept was then applied to the Woomera launch site. Minor changes to the High Down concept were necessary, at Woomera, to only two main elements firstly the servicing tower had to be withdrawn for launch and secondly the hold-down fixture, the release jack, required an operating system. These were to be the only two features not checked during acceptance testing at High Down. At that time, some 3000 people were employed at Saunders Roe on various aircraft projects including the mixed power plant fighter. Over the next 3 years this level of employees had to be drastically reduced as aircraft programmes were cancelled for one reason or another. This was of benefit to the Black Knight programme as it released designers with the requisite knowledge. The Design Office team comprised a number of young and enthusiastic engineers, guided by mature engineers like Alec Prickett, Len Summers and Wally Peters. Bert Lloyd undertook the project manager’s job of co-ordinating the activities between RAE, contractors and the Design Office. As part of this design organisation, a development department was created, under the leadership of Paul Leyton, to staff and undertake the static testing at High Down and then to take the vehicle to Woomera and launch it. The Government, wishing to make maximum use of this research vehicle, ordained that the launch crew at Woomera would be provided by the de Havilland company, who were to be responsible for launching Blue Streak and would therefore get “hands-on” knowledge of launch disciplines. Many long and frank discussions took place between Saunders-Roe and the Government on what was seen by the company as a high risk, when de Havilland had not been involved in the design and Blue Streak was a totally different concept. The government, being the customer, won the day. With the beneﬁt of hindsight, this teaming arrangement proved invaluable to Saunders-Roe, in later years, in learning and understanding how to co-operate with companies who could be considered competitors. There were to be numerous occasions in the programme when this frustration nearly surfaced but, in every instance, the need to complete the task became paramount and team harmony was continued. These small incidents reinforced the pride of those working in the programme, who felt they were pushing forward the technology and maintaining Britain’s place in the space field. The launch team consisted of members from the Australian Weapons Research Establishment who controlled the central range facilities and launcher safety, de Havilland, RAE, Saunders-Roe and Armstrong Siddeley. 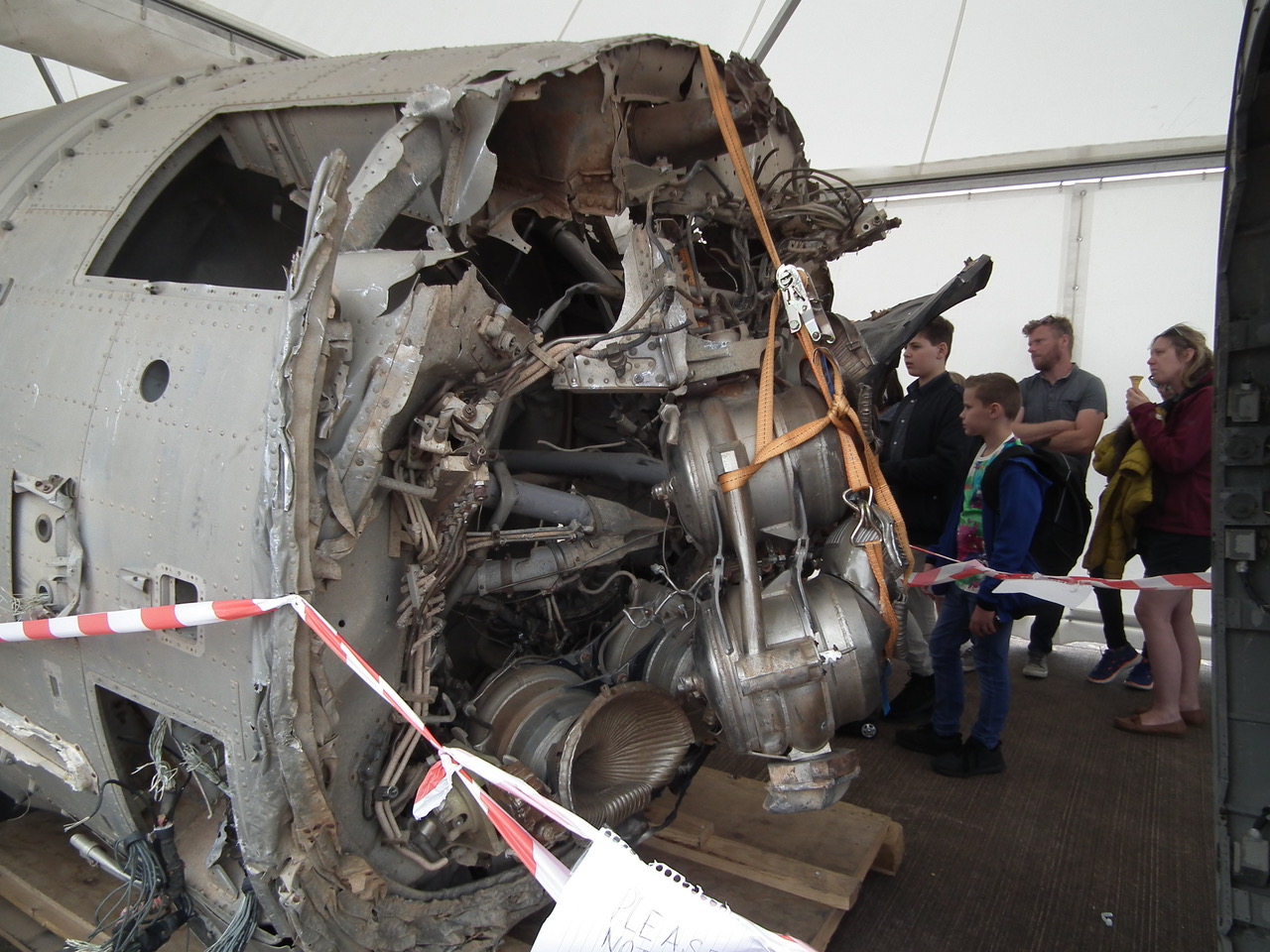 4. DEVELOPMENT CHALLENGES Civil contractors moved on to the static test site in April 1956 and the first challenge was to achieve the ﬁrst vehicle motor firing one year later. This event was achieved, albeit by cutting a few corners. The vehicle oxidant tank of the first prototype was not leak proof and so alternative feed arrangements to the motors were made. An external tank was installed outside the servicing tower and a feed line direct to the engine installed. The first firing was not completely successful because only sufficient oxidant for a 35 sec firing was loaded and at the end of this period a vortex in the tank produced uneven combustion. For subsequent firings, the tank was filled, overcoming this problem. The second prototype was the first complete vehicle although the tank construction was not to the ﬁnal standard. This vehicle was used extensively to develop the motor and guidance control systems. Day after day, the development work continued to search out all the “bugs” there might be in the system. In fact the days often stretched into nights over a period of some 15 months. During this period, the storeman gained a reputation for his alfresco meals (hot soup and bread, pies etc!!) It was not unusual to arrive home at 2 a.m. and be back at work at 7. In fact static firings were a blessing for all but the poor old mechanical engineer, because the tanks and motors required a 16 hour dry out period and the drying machine was a high speed, screaming compressor. It was impossible to work with this machine in operation! The stability of the control system was suspect in these early days. The original gyros suffered from excessive drift rates and continual exercising of the motors induced wear into the trunnions, which had to be changed. However, the control system was modified and improved during this development phase and the later success of all vehicles in the programme showed the value of this intensive work. Development work sometimes demands a return to basics. In the early days, there was often conﬂict between two or more sources of information on the performance of the motors during the static firings. One such example was the amount of HTP and A Contractor’: View of the Black Knight Programme Kerosene used to establish that the engine mixture ratio had been properly set. The quantity of kerosene used had to be known quite accurately. Various instrumentation systems were tried but we discovered there was no better substitute that weighing the quantity into the tank and weighing the residue! Eventually the on-board instrumentation was developed to give an acceptable accuracy. One problem which never went away was RF interference on to firing circuit lines. Two ostensibly identical vehicle modules would not show the same resistance to interference. Each ﬂight vehicle was individually tested to prove that RF interference was at a low enough level not to initiate the ﬁring circuits. The solutions to the problem areas in the ground system at High Down had been transmitted to the Australian site. Thus, when the ﬁrst static ﬁring was undertaken there was comparatively little modiﬁcations required. The early launches, similarly, did not require the large elements of development that had been undertaken at High Down. The early launches in the programme had proven that recent dynamics theory was correct and there was now a requirement to increase the re-entry velocity. This was to be achieved by fitting a solid motor on top of Black Knight with the head mounted inside the vehicle, pointing downwards. The top end of the solid motor (the exit nozzle) was modiﬁed to contain a pressurised gas bottle which separated and spun the motor and head. This modiﬁcation increased the firing circuits and, incidentally, the RF interference checks. BK16 introduced the uprated and improved two stage launch vehicle. The Gamma 301 motor was introduced providing a 25% increase in thrust. The release jack was modiﬁed to retract after operating, the control system was transistorised and these changes led to a second development phase. The water cooling ﬂow in the effeux ducts did not have to be increased and the Control System was found to be more efficient. The development period could be considered uneventful when compared to me prototype work. 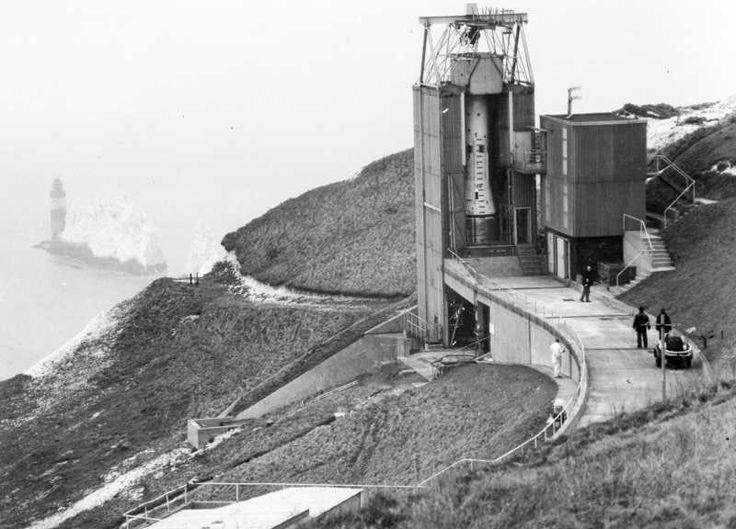 6. CONCLUSION From a contractor’s point of view, the programme demanded fresh approaches to some of the technical challenges and eventually used the technology to develop an all British satellite launch vehicle. One spin-off, so far as Saunders-Roe was concerned, of quality assurance in our current products has been evolved from the Black Knight days. To end on a slight sad note, we regret the inability to capitalise on the advances made through the 50’s and 60’s more especially when you look at the world market for launch vehicles. 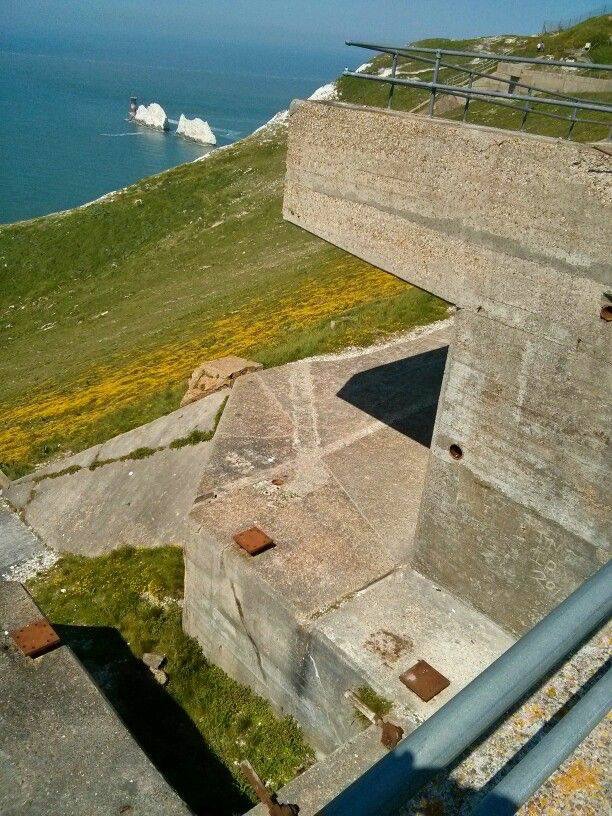